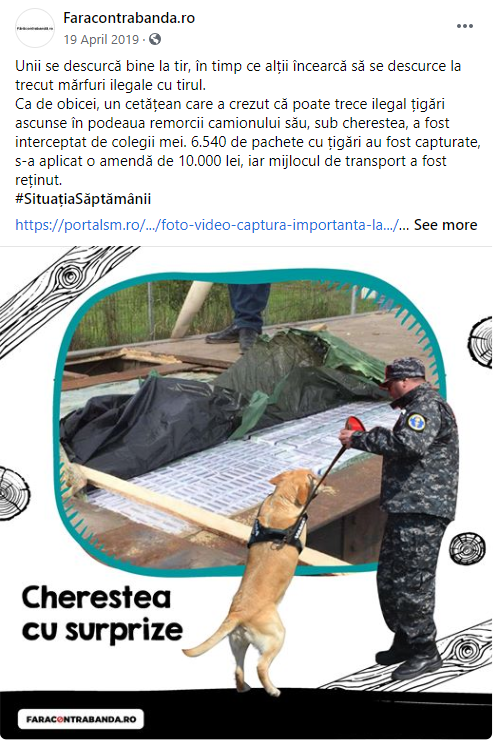 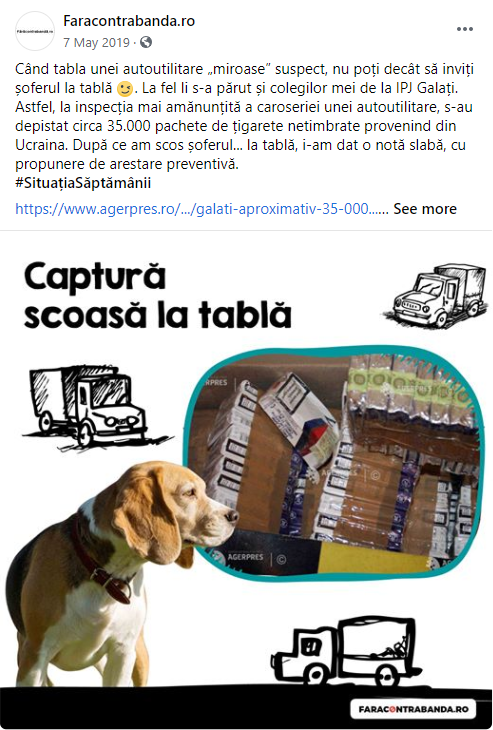 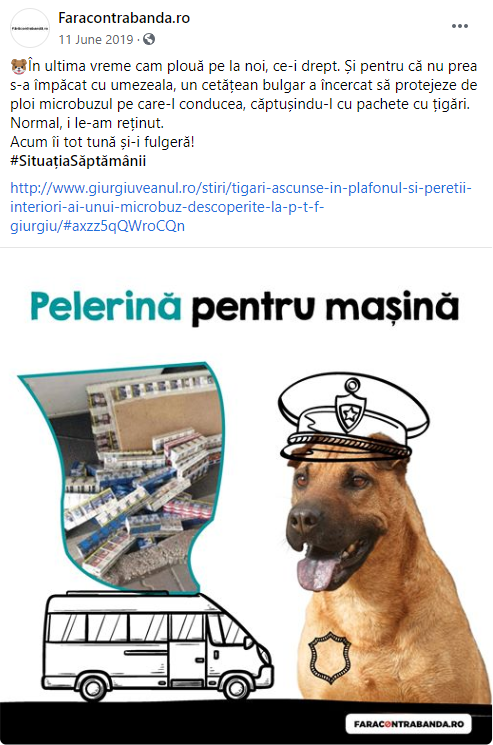 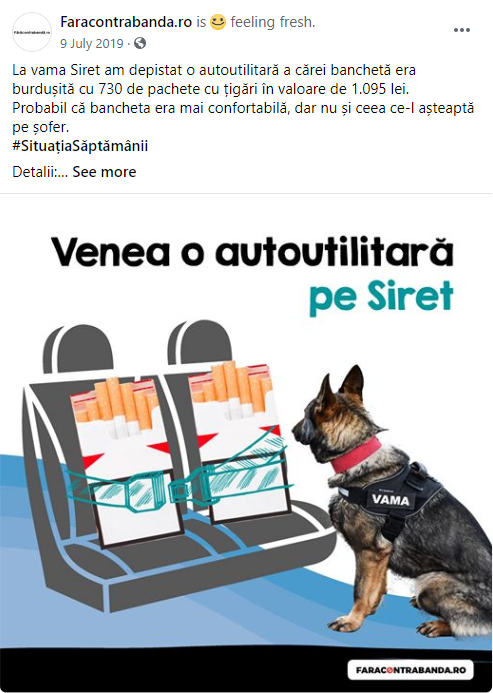 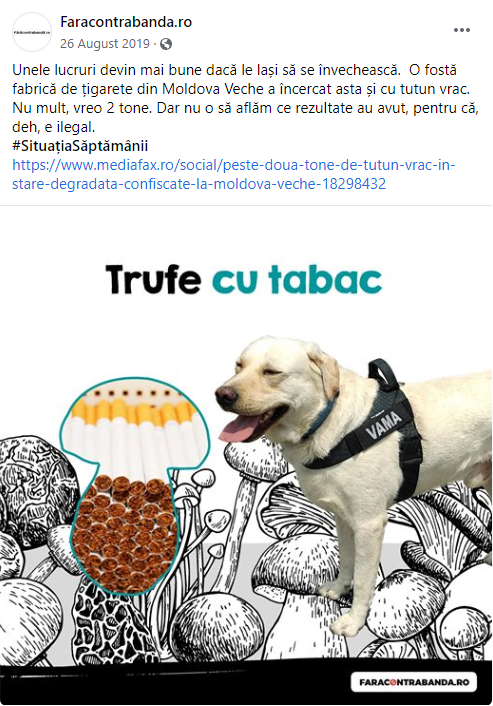 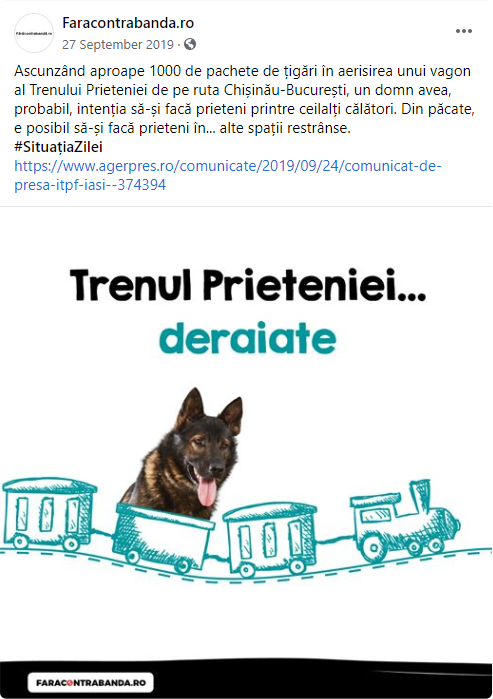 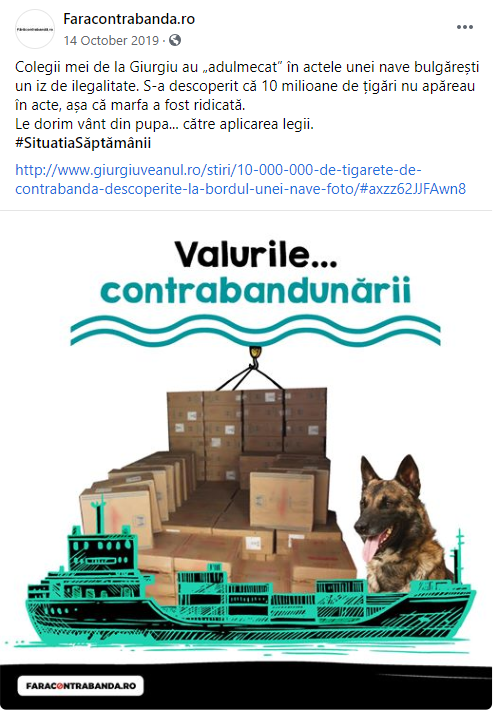 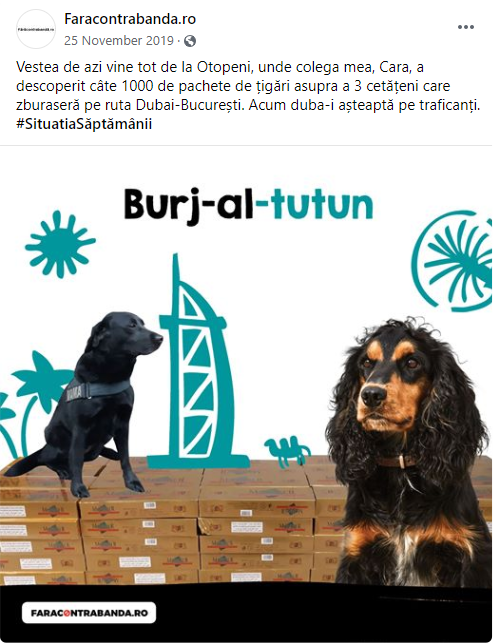 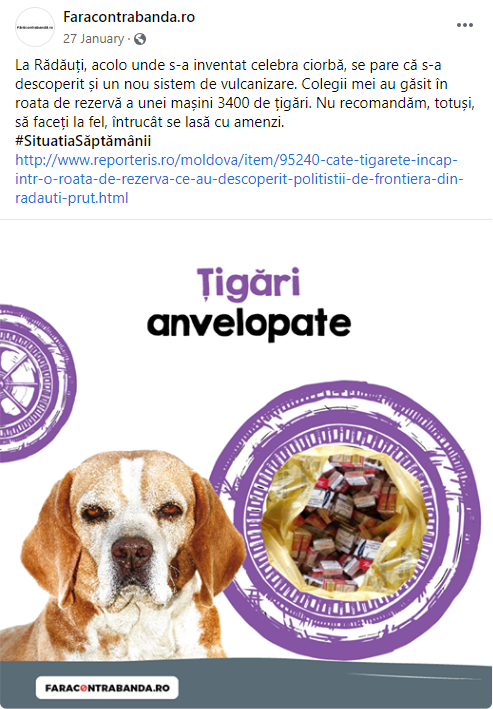 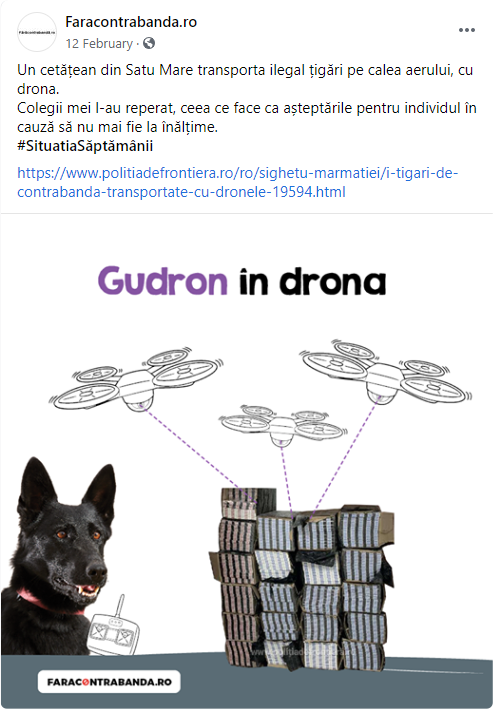 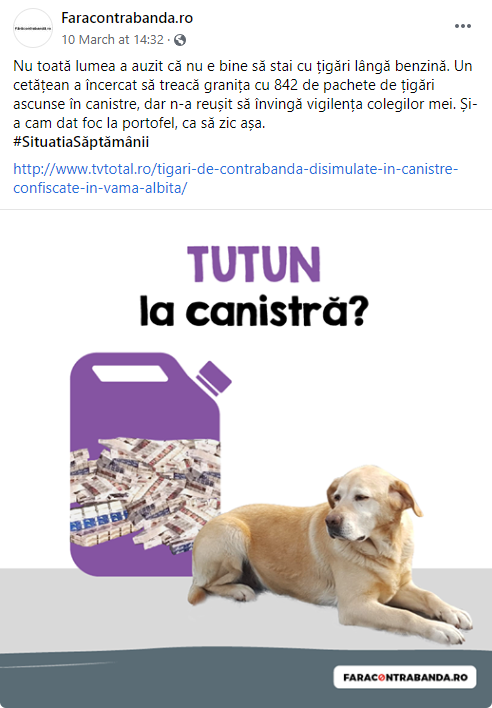 How did JTI fight cigarettes smuggling in a country that’s losing hundreds of millions of euros to the black market? One word: dogs.

The company has helped with the establishment of a special division of the Boarder Control force: the Canine Team. Faithful to their owners, incorruptible and highly effective, these dogs have stopped bad guys with their noses. Literally.

We figured there’s PR potential that’s poorly used. So to build awareness over the company’s efforts and make the Canine Team’s astonishing results known, we turned the dogs into special reporters. A voice that lead to witty posts on Facebook and a press event with a twist.